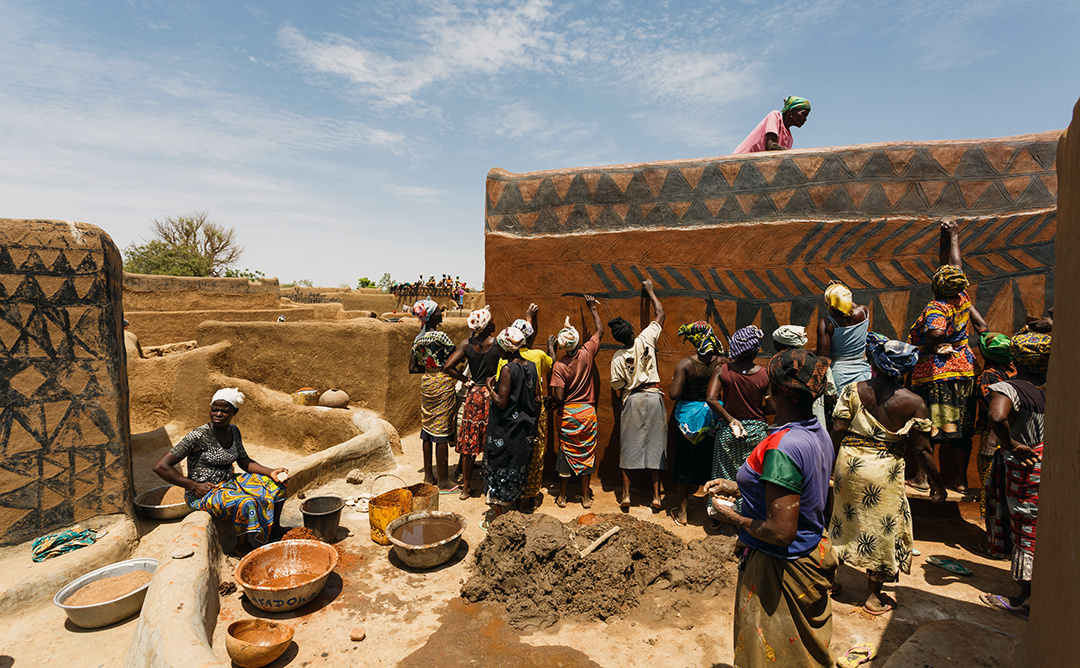 The restoration of Tangassogo village, funded with the support of the COAC, is now the star of a new exhibition

Imatge:
© Anna Mas
The Barcelona branch of the Architects’ Association of Catalonia opened the exhibition entitled "Per Durar" (Built to Last) on 16 January, which consists of a collection of photographs showing the role played by women in the project to restore the village of Tangassogo in Burkina Faso. The project was partially funded by COAC cooperation grants, which have been awarded for the last 20 years.

A community project
The exhibition, which has already been shown at Granollers Museum, portrays the work of more than one hundred women during the first three weeks of March 2018 when they took part in restoring the traditional houses of their village, Tangassogo. The photos document the sense of community spirit and support that exists among this group of women who, thanks to their joint endeavours, will be able to “last” socially over the years. Building maintenance is a group activity undertaken by the community in solidarity with neighbouring families, and it is the women who play a key role in this so that the homes are there for future generations.

The technique used to restore the village is traditional plastering, making use of everyday tools such as brooms, hoes, and stones, which is then finished off with pebbles and natural pigments. The village has been documented since the sixteenth century and bears witness to the Kassena culture, which is featured on the World Heritage Tentative List submitted by Burkina Faso to UNESCO.

In an effort to help implement the Sustainable Development Goals (SDG), the COAC has undertaken to contribute 0.7% of its budget to support development projects both in Catalonia and developing countries. The projects are implemented by architects in conjunction with non-profit organisations.