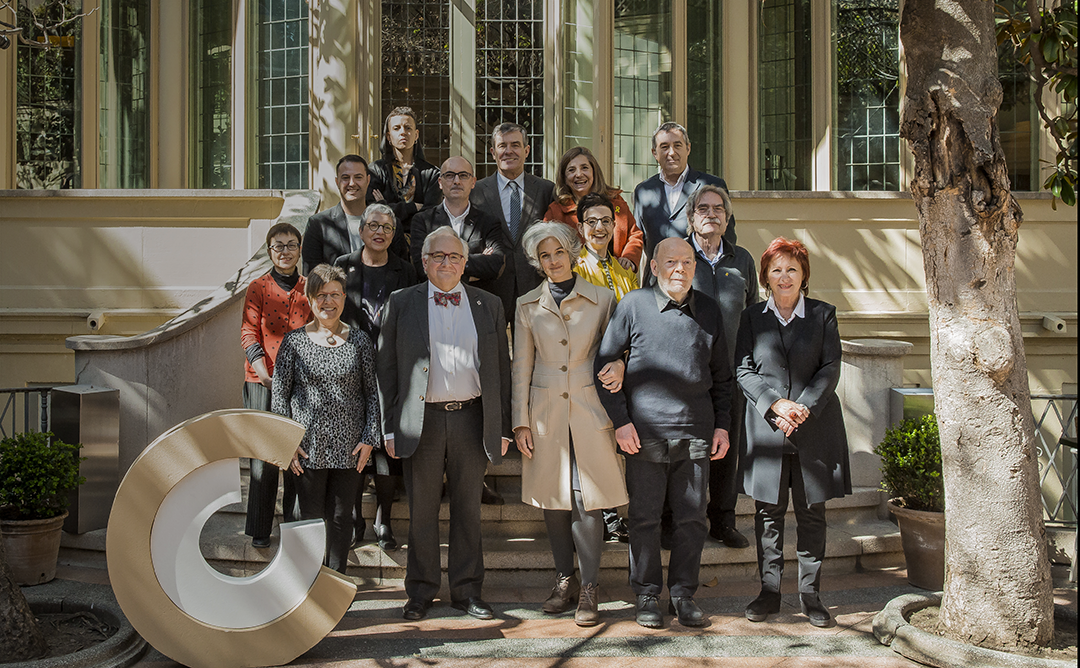 Winners of the National Culture Award for 2019!

Imatge:
© CoNCA
The Architects’ Association of Catalonia has been honoured with one of the National Culture Awards for 2019 given by the National Council for Culture and the Arts (CoNCA).

This distinction has been granted 'for [the COAC’s] contribution to the construction of a modern country through architecture and urban planning, from its different regional branches, and for its promotion of this heritage across Catalonia. The particular attention that the COAC has devoted in recent years to its Archive has led to significant donations from most of the country’s architects and urban planners. The diligent custody and dissemination of this technical, urban planning and photographic material has made the COAC’s Historical Archive an essential source of documentation for both national and international architects and historians, which further enhances the prestige of Catalan architecture'.

More than 145 years at the service of architectural culture
The dean of the COAC, Assumpció Puig, highlighted the fact that 'this award recognises the role of architecture in society, especially its cultural dimension, which is often overlooked', and emphasised that 'this award belongs to all our members, thanks to whose support and collaboration we have managed to roll out an intensive cultural programme in the Association’s eleven branches across Catalonia'.

In its more than 145 years of history, the Association has established itself as an institution at the service of architectural culture, placing among its objectives the recovery and dissemination of architects’ legacy, giving a voice to more contemporary forms of architecture, and forging close bonds with other disciplines.

The cultural prestige of the Association is rooted not only in its Historical Archive, Library, Publications Service and awards, but also in its conferences, debates, training activities, exhibitions and numerous collaborations that have taken place over the years.

The Historical Archive, which this year celebrates its fiftieth anniversary, is a European point of reference for architectural studies, with more than two million documents in which the history of our country is recorded. The Library is the second largest in Europe in terms of the number of volumes on architecture, with more than 180,000 references. When it comes to publications, the Association has been behind more than 400 titles, most notably the journal Quaderns d'arquitectura i urbanisme, which has been published since 1944.

The National Culture Awards, the highest cultural distinction in Catalonia
Other recipients of the awards, which will be presented on 4 July at the Artesà Theatre in El Prat de Llobregat, include Maria Bohigas, Jaume Cabré, Federació d'Ateneus de Catalunya, Litterarum Móra d'Ebre, the Museum of Lleida, Josefina Matamoros, Clara Peya, Josep Ponsatí and Carme Ruscalleda.

The National Culture Awards, which have been awarded by the CoNCA since 2009, are the most important distinction in the field of culture in Catalonia. These awards celebrate creativity as a true symbol of a country with a cultural dynamism that sees culture as a constituent part of its personality and historical identity.